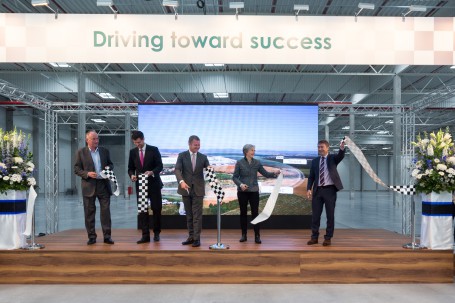 Tailored to suit the customer’s specific requirements, the state-of-the-art distribution facility, DC9, features LED lighting, temperature control, perimeter lighting, surveillance, IT solutions and a dangerous goods room (ADR) and will serve as a spare parts distribution hub for all of Central Europe.

“We continue to receive demand from automotive companies throughout the CEE region, which often require tailored facilities to suit their business operations,” said Martin Polák, senior vice president and regional head, Prologis Central and Eastern Europe. “This new facility is a first-rate example of Prologis’ ability to provide customised space in ideal locations, and we are delighted to have taken part in such a prestigious project.”

Prologis is the leading provider of distribution facilities in Slovakia, with more than 520,000 square metres of logistics and industrial space (as of March 31, 2016).