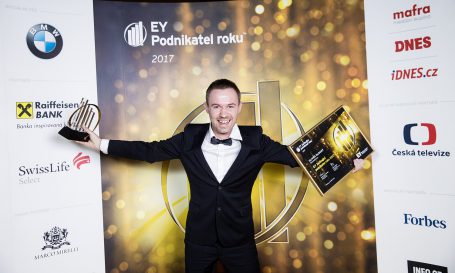 Oliver was awarded the EY Emerging Entrepreneur of the Year 2017 Czech Republic due to Kiwi.com’s phenomenal growth that has turned it into one of the most successful Czech start-ups with customers all over the world. Its revenue has grown by almost 15,000% over the previous five years to reach CZK17.7 billion (around €700 million) in 2017.

“I am thrilled to win the EY Emerging Entrepreneur of the Year. It is a huge acknowledgement of the all work that I and my team have put into Kiwi.com over the past five years. When I started, I never thought that from the small team we had then that we would grow into a business with 1,700 employees around the world. This award is for all of us at Kiwi.com, a reflection of the team effort where everyone has his or her own important role to play,” says Oliver Dlouhý, founder and CEO of Kiwi.com.