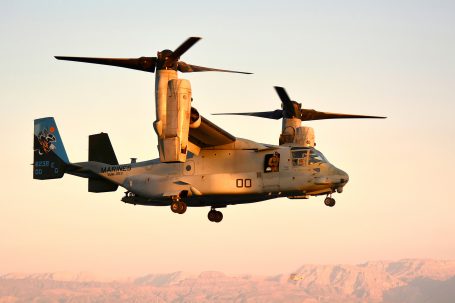 Contract provides a total of 58 tiltrotors to United States Navy, Marines, and Air Force, and the government of Japan

“Bell Boeing is pleased to extend production of the V-22, supporting our warfighters with one of the most versatile and in-demand platforms in the U.S. arsenal,” said Chris Gehler, Bell Vice President for the V-22 Program. “This multiyear production contract provides program production stability through at least 2024.”

The U.S. Navy will use its new CMV-22B for transporting personnel and cargo from shore to aircraft carriers, eventually replacing the C-2 Greyhound, which has been in service since the mid-1960s.