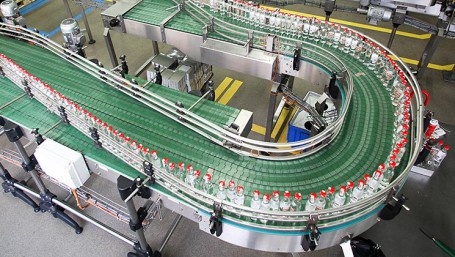 “The positive momentum we saw in the second half of last year has continued and we have seen a strong start to 2016, with volume, sales revenue and EBITDA growth. All markets have recorded EBITDA growth in the first quarter. Especially pleasing is a return to profit in the quarter in Poland following a loss in Q1 2015. There is still much to do but the initiatives we have been implementing since making the management changes in January last year and following the ‘root and branch’ review this year are clearly delivering results.

It is still early days, but we are pleased with the start the new products we launched in 2015 have made and the recent medal awards for both our core brands, and several new products launched in 2015, continues to confirm the outstanding quality of our brands versus their competitive set.

In addition to the strong trading performance, our net debt at the end of Quarter 1 has reduced to €43.6million, a reduction of €13.6million since the year end, further strengthening our balance sheet.

We will provide a further short update at our forthcoming AGM.”

CHANGE OF DATE AND VENUE OF THE AGM

In order to respond fully to the recent statements made by a shareholder in respect of the resolutions requisitioned for the forthcoming AGM, the Company has decided to move the date and venue of the AGM to [11:30am] on [23 May 2016] at J.P. Morgan, 60 Victoria Embankment, London EC4Y 0JP .