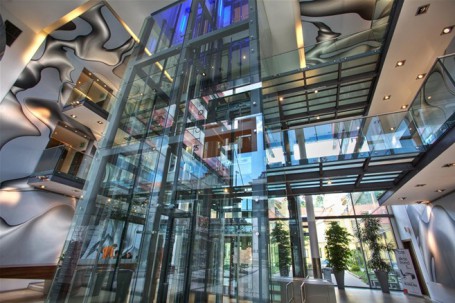 PRAGUE, 9 March, 2016 — Colliers International today released its newest Research & Forecast Report pertaining to Q4 2015 in the Czech Republic. The report, which covers the investment, office, and industrial markets in Prague and throughout the Czech Republic, provides both summaries and analyses of developments in the last quarter, and also looks ahead to the future.

2015 saw a total volume of real estate investment transactions slightly exceeding €2.6 billion, amounting to a 33% increase on the previous year. However, the market did witness a very large residential portfolio sale, which also formed the largest transaction of the year.

Overall, retail was the dominant investment product in 2015, securing 43% of all transactions, followed by residential, which accounted for almost 27% of all investment. Office represented a share of 21% while industrial accounted for only 6% of total volume.

In Q4 2015 alone, investment volumes exceeded €265 million; the largest transaction being the sale of Corso Court from Skanska to Invesco for €55 million, making it the single largest office transaction of the year. This sale, in addition to that of Futurama – Phase II from EGI to Caerus Investment, resulted in office investment accounting for 64% of Q4 transaction volume.

Prime headline rents remained more or less stable throughout the whole of 2015 between €18.50 and €19.50 per square metre per month. The downward pressure that prime rents experienced in recent years has slowly disappeared and is mainly due to the recent strong occupier demand levels.

‘2015 was one of the strongest years on record in terms of demand for office space, and with the growing Czech economy, we expect demand for office space to continue in 2016 with a similar intensity to that of last year,’ said Ondrej Vlk – Head of Research, Colliers International Czech Republic.. ‘If we experience net take-up levels comparable to those in 2015, vacancy rates could dip below 12%.’

In 2015 the total industrial warehouse stock in the Czech Republic reached 5.69 million square metres, of which 581,700 square metres were delivered in 2015 and 153,300 square metres in Q4 2015. Only 21.7% of the new completions were vacant at the time of completion, compounding the recent trend of predominantly build-to-suit type deals but with a shift noted towards speculative warehouse construction.

The vacancy level continued to decrease in Q4 and by the year end was 5.1% (down from 5.7% in Q3) setting a new five-year low. In absolute terms, vacancy stood at 292,189 square metres of warehouse space, with the highest amount of available space was in the Greater Prague area, where almost 40% of total warehouse stock was located.

By the end of 2015, around 303,500 square metres of new warehouse space was under construction in the Czech Republic, the largest portion of which in Prague, representing 43.2%, with only one-third available for lease. Approximately one-third of new space under construction commenced on a speculative basis, which was the result of cyclical, low vacancy levels.

Lease renewals were extremely active in Q4, representing 54.6% of total gross take-up. In 2015, the share of renewals compared to the full year’s leasing activity was 37.2%. In Q4, Prologis Park Jirny secured the largest deal of the year. This was a combined renew and extension of space for DHL Solutions and exceeded 136,000 square metres across several warehouses.