Emirates adds Guangzhou to its global list of A380 destinations 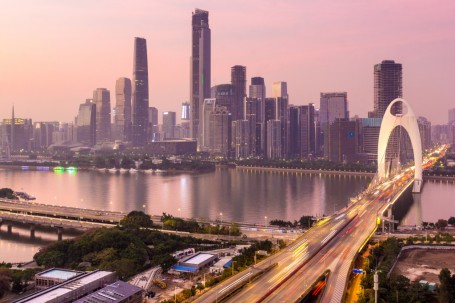 Emirates, voted the World’s Best Airline 2016 at the Skytrax World Airline Awards, announced today that it will operate its flagship A380 on services between Dubai and Guangzhou from 1st October 2016, the 67th National Day of People’s Republic of China. This follows the airline’s recent announcements of A380 deployment on its Milan and Johannesburg routes.

Since the route’s inauguration in 2008, Emirates has been flying a two-class Boeing 777-300ER aircraft on its daily flights between Guangzhou and Dubai, and the airline has seen steady growth for its service on the route. Once the A380 service commences, it will increase capacity by 15% to meet the growing travel and trade demand from Southern China to Dubai and beyond.

Emirates was named the World’s Best Airline 2016 and the airline with the World’s Best Inflight Entertainment at the prestigious Skytrax World Airline Awards recently. All Emirates customers travelling on the A380 can access more than 2,500 channels of on demand audio and visual entertainment, which includes Chinese content on its ice entertainment system, featuring the latest movies, music, TV programmes, podcasts and games, as well as free Wi-Fi to stay in touch with family and friends during flights.

In addition, First Class and Business Class customers can comfortably socialise or relax in the renowned Onboard Lounge on the upper deck of the Emirates A380. Emirates EK362/363 offers First Class customers the exclusive service of the on-board shower spas during flights, which makes Emirates the only airline in the Guangzhou market offering this premium customer product on an A380.

Emirates is keen to support China’s economic, trade and connectivity ambitions as China looks to connect the world through the Belt and Road Initiative. With its wide network across Africa, Europe, the Middle East and Central Asia, Emirates serves 56 cities in 31 of the 65 countries identified as part of the Initiative and is a ready-made connector of people and trade. The Emirates A380 service from Guangzhou will provide leisure travellers with ideal connectivity to popular destinations such as Prague and Warsaw. It also connects traders conveniently for business trips to cities such as Cairo, Kuwait, Doha, Amman, Al Medinah and Riyadh.

The double-decker A380 is the world’s largest commercial aircraft in service, and it is extremely popular with travellers around the globe, with its spacious and quiet cabins. Emirates is the world’s largest operator of A380s, with 81 currently in its fleet and a further 61 on order. Guangzhou will be the third destination in Mainland China for Emirates to deploy its flagship aircraft, after Beijing and Shanghai. Emirates currently operates flights to five destinations in Mainland China, including Beijing, Shanghai, Guangzhou, Yinchuan and Zhengzhou, connecting Chinese travellers to Dubai, and onwards to more than 150 destinations around the globe.

*Flight times are as per summer schedule.