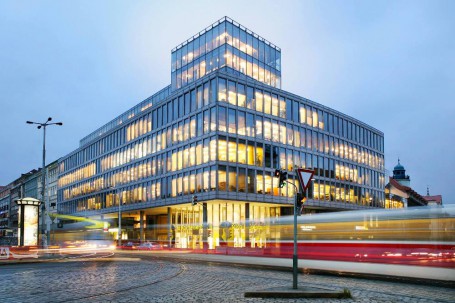 Throughout 2014, the space was offered on the “open market,” during which time any real estate agency could introduce potential tenants, though minimal leasing activity occurred throughout the successive twelve months.

“Charles Square Center is a high quality building that offers excellent visibility and location, giving tenants an opportunity to highlight their identity,” said Jerome Feltham, Leasing Manager for MAX Immo. “We are delighted to have already leased more than 60% of our targeted 7,000 square metres in just over half a year, and we are confident that we will bring down the vacancy rate close to zero before the end of 2015.”