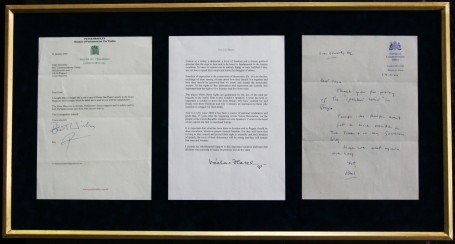 In 2004, Best Communications’ own Euan Edworthy, conceived the idea of developing a Speakers’ Corner as a contribution to the burgeoning civil life of the Czech Republic. Supported by Peter Bradley, then MP for The Wrekin, Speakers’ Corner was established with three goals in mind:

I. To secure and underpin a sustainable commitment from the Czech Government to the principles of free speech and public assembly
II. To create a new landmark in the Czech capital which could become a focus for and symbol of the country’s developing democracy
III. To promote freedom of speech and grass-roots democratic values and rights among the Czech people

The late Vaclav Havel also gave his support to Best’s free-speech initiative by agreeing to act as its senior patron, heading a list of twenty eminent advocates of democracy from countries around the world. On 17 November, the fifteenth anniversary of the start of the Velvet Revolution, Prague’s Speakers’ Corner was inaugurated at a ceremony attended by the Czech Foreign Minister, Britain’s Minister for Europe, representatives of Czech politics, press, arts and letters and over a thousand members of the public.