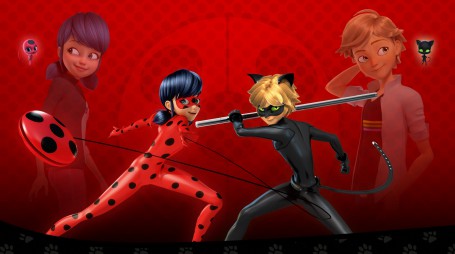 PRAGUE – 26 January, 2016 – Disney Channel will premiere the much anticipated series, “MIRACULOUS Tales of Ladybug & Cat Noir,” in the Czech Republic on Monday, 15 February at 4:30 p.m.

Marinette and Adrien are two junior high students, each chosen to save Paris from the akumas, evil creatures responsible for turning normal citizens into an army of super baddies! With the help of their magical creatures, the kwami, these two school kids each transform into Miraculous Ladybug and Cat Noir, crime fighting superheroes that have thrilling adventures throughout the streets and rooftops of Paris unaware of each other’s true identities.

A bubbly, creative, kind and a little bit clumsy art student, Marinette has a huge crush on Adrien, the son of a high profile fashion designer, who is unaware of Marinette’s awkward advances. But, when Marinette transforms into Miraculous Ladybug, she becomes more self-assured, and Cat Noir, Adrien’s superhero alter-ego, will do almost anything to impress her. Together, these two heroes must fight against Hawk Moth, who is the mastermind behind Paris’ endless flow of Akumatised Villains!