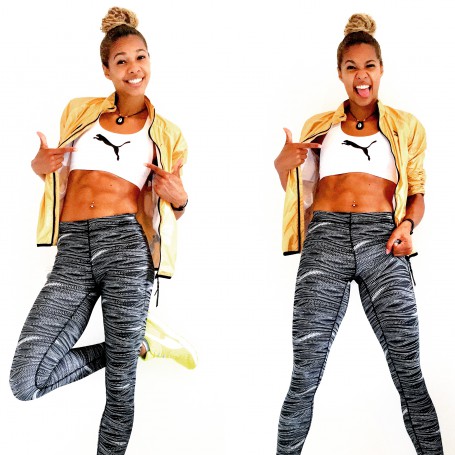 As PUMA continues to focus on its growing women’s category, the Global Sport Brand announced today it has signed an endorsement deal with Alexandra Wester.  The German long jumper who made her major competition debut earlier this year at only 21 years of age, joins a growing list of young female PUMA athletes that includes Jenna Prandini, Natasha Morrison, Anthonique Strachan and Michelle Jenneke.

Wester is quickly establishing herself as one of the potential stars of her sport and discipline.  In her first year at world class level she finished sixth at the IAAF world indoor championships and is a strong candidate for a medal in Rio.  Her athletic potential is complemented by her charm and charisma away from the long jump track, and her striking looks further heightens her appeal.

Commenting on her new deal with PUMA, Alexandra Wester said; “PUMA has a great vision for how it will grow its appeal to women, and I’m excited to become a part of the plans that will accomplish that.  It’s rich history in track & field, partnership with some of the greatest athletes and increasing focus on women means they are absolutely the right sport brand to commit myself to.  I’m looking forward to what the future might bring.”

Pascal Rolling PUMA’s Head of Sports Marketing for Running added, “Alexandra has great appeal in both track and field and to women generally, making her a wonderful addition to our growing list of female athletes.  Her progress over the past year has been impressive and she’s handled the early stage of her career on the world stage with admirable calm and enthusiasm.  She could well follow in the path of Heike Drechsler as the next PUMA woman to stand on top of the long jump podium in a major championship, and we’re delighted to have her with us.”