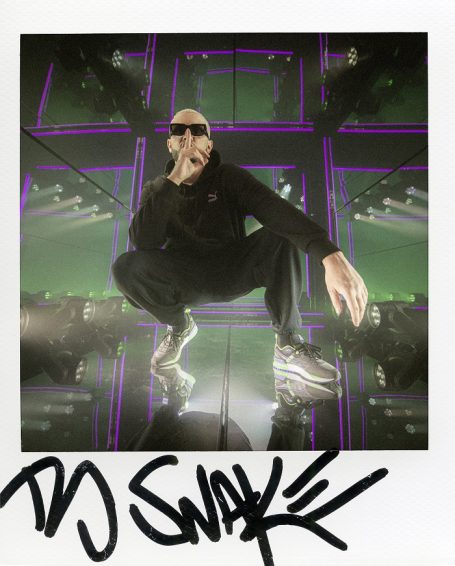 DJ Snake, who is known for pushing the boundaries of music and style, will be the global ambassador for PUMA’s newest sneaker franchise, the Mirage. The Mirage has been brought back from the PUMA archive and revamped with a new perspective on street style, using inspiration from the world of DJs and electronic dance music (EDM).

“I am a fan of fashion and sneaker culture, being able to join the PUMA family is an exceptional achievement, and I know my closet will have some great new additions,” said DJ Snake. “As a sneakerhead I’ve always followed what PUMA releases, featuring some of them in my videos and performances. With this new partnership, I will be supporting the Mirage franchise, bringing a new perspective to one of my favorites silhouettes.”

The Mirage OG was first introduced over half a century ago, it was originally released as a lightweight track and field shoe and reissued as a jogging shoe in the 90’s.

“DJ Snake is a great addition to our PUMA family, we are delighted to welcome him,” said Heiko Desens, PUMA’s Global Director of Design and Innovation. “When we decided to bring Mirage back from the archive, it was important we gave it a fresh perspective for today. Connecting it to the world of DJ culture felt natural, as like the Mirage, DJ culture gained significant popularity in the 1970s. Sneakers and music have always been vehicles for youth culture, so who better to be the face of Mirage than DJ Snake?”

DJ Snake is one of the best-known musical artists and DJs in a generation. Having made his international breakthrough in 2013 with the single “Turn Down for What,” DJ Snake has quickly become one of the top 10 most streamed musical artists of all time. With a catalogue including iconic singles such as “Taki Taki” (with Ozuna, Cardi B, Selena Gomez), “Lean On” (with Major Lazer, MØ), and “Let Me Love You” (with Justin Bieber), DJ Snake’s global impact on modern music culture is undeniable. With an ever-growing desire to further push the boundaries in music, fans should expect to hear a wealth of new singles in 2021.