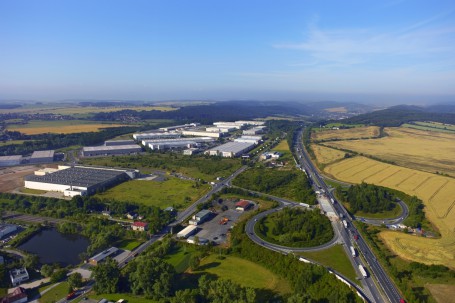 WARSAW (27 July 2015) – Prologis, Inc., the global leader in industrial real estate, today announced its results for the first half of 2015 in Central and Eastern Europe (CEE).

As a result of its active investment strategy over the last six months, Prologis CEE acquired six buildings totalling more than 97,000 square metres. Those transactions comprised the following:

At the end of the first half, the Prologis CEE portfolio was 93.1 percent leased, excluding developments currently under construction.

“The first half of the year was successful for Prologis CEE. Our focus was to strengthen our portfolio based on strategic acquisitions and development projects in key logistics markets where state-of-the-art industrial space is in short supply,” said Ben Bannatyne, managing director, Prologis Central and Eastern Europe. “We made good investment decisions, as evidenced by our leased space volume of almost 1 million square metres, a high portfolio lease rate of 93.1 percent and a customer retention rate of 86.3 percent. Our customers have confidence in the quality of our services and in the user-friendly plans and locations of our parks.”