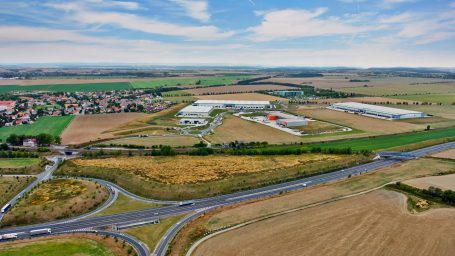 At quarter-end, the company owned or had investments in, on a wholly-owned basis or through co-investment ventures, properties and development projects totalling 16.8 million square metres in Europe.

Bannatyne added: “The consolidation of two European funds—European Logistics Venture 1 (ELV1) and Prologis Targeted Logistics Fund (PTELF)—in January further streamlines our strategic capital business. The launch of our UK Logistics Venture with CBRE GIP is an important milestone for continued growth in the UK.”
Markets with the strongest interest from customers in the first quarter were:

Supply of Class-A logistics real estate remains low across all European markets. In the first quarter, Prologis Europe started six developments in the UK, the Netherlands, Italy and Slovakia totalling 191,400 square metres, 100 percent of which was build-to-suit.

In the first quarter, Prologis sold assets in Austria, Germany, Poland and Slovakia for a total of €46 million. It also disposed of 25 hectares of land in Germany and Slovakia.