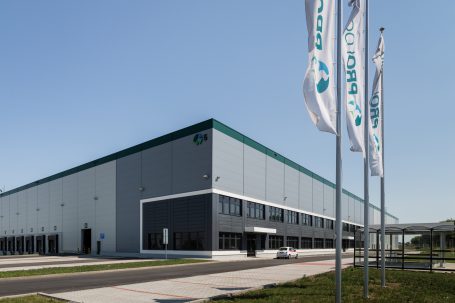 “We experienced a record-breaking year for Prologis – globally, across Europe and in Central and Eastern Europe,” said Martin Polak, senior vice president, regional head, Prologis CEE. “Occupancy and the volume of lease transactions reached an all-time high, and we saw a high customer retention rate—to illustrate, four in five of our customers renewed their leases with us.”

In 2016, Prologis invested in all four of the CEE countries in which it operates. The company began construction of 18 buildings totalling 331,000 square metres—70 percent of that construction was build-to-suits and 30 percent was speculative development. New development starts increased over 2015 by some 65 percent. The company continued to pursue its strategy of selective development in key markets characterized by low vacancies.

In 2016, Prologis delivered 14 buildings totalling 251,000 square metres; among those, eight buildings were started and completed in the same year.

“Last year was the most active in the CEE region for Prologis since 2008,” said Polak. “Low vacancy levels contributed significantly to increased development activity, and customers made faster decisions about space in order to stay ahead of shrinking stock.”

Prologis won two prestigious awards at the 2016 Eurobuild CEE Awards. The company was recognized in the following categories: “Warehouse Developer of the Year, CEE” and “Best Warehouse Manager of the Year, Poland.” The latter award was given to Marta Kostyk, a Prologis property manager based in Lower Silesia.

Prologis in the Czech Republic

“Strong demand contributed to a decline in market vacancy and an increase in development activity in key markets with strong operating fundamentals. Most demand came from the e-commerce, retail and logistics services sectors,” said Polak. “We look forward to continuing to meet the needs of our customers through our existing portfolio and land that is ready for development.”

With its active engagement in four CEE countries and an operating portfolio totalling 4.5 million square metres, Prologis is the leading provider of distribution facilities in Central and Eastern Europe (as of 31 December 2016).